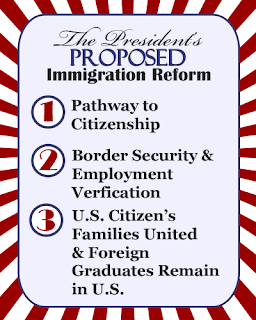 In April 2012, the results of a Be the Best Nanny Newsletter monthly poll showed that nannies blame illegal immigrants working at nanny jobs as the number one reason American citizens are having a hard time finding great nanny jobs. With fear of deportation, illegal immigrants are less likely to demand workers rights such as minimum wage, overtime, sick days, or raises. Our survey indicated that many American nannies feel that the willingness of illegals to work at dramatically lower rates drags down the compensation for all workers and/or steals jobs from American workers.

But, Nannygate (tax evasion by American nannies) is also a huge problem for nannies and the U.S. economy. It is estimated that more than 90-percent of American citizens working as nannies do not pay taxes. When American citizens are paid in cash (don't pay taxes) the workers cannot benefit from paying taxes and having a record of salary and that drags down the American economy and infrastructure as well.

Bloomberg Businessweek Government's Director of Research Robert Litan explains millions of undocumented workers are already working in America. They will not be stealing jobs they already have. When immigrants become legal citizens they pay taxes, open bank accounts, and gain dignity and incentives to advance their own lives by obtaining further education and higher wages.

Kathy Webb of 4nannytaxes.com explains that to make it easier for immigrants to gain citizen status the workers will need a work history, file back employment taxes, and have a clean record to obtain legal status.

In fact, more will be asked of the immigrants seeking citizen status than of the 90% of citizens working as nannies that don't pay taxes.

Immigrants wishing to become citizens are required to pay taxes, have a work history, and have clean records to become legal citizens. Immigrants are also good for the economy because they spend their incomes on American goods and services and help raise the productivity of U.S. businesses. Experience shows that legalized workers also buy homes and start businesses, further stimulating the U.S. economy.

To truly reform the nanny industry and improve working conditions for domestic workers, American citizens must insist on being paid legally, just as their ancestors did when they came to this country. Making citizens pay taxes is just as important as creating comprehensive immigrant reform.
Posted by Best Nanny Newsletter at 8:02 AM

I feel so strongly about this because I came to America as an au pair and am now a citizen and work as a nanny. Almost every U.S. citizen has an ancestor that is a immigrant. I think it's important to remember the illegal immigrants are already here and working. To become citizens they will be required to pay taxes, have work history and no criminal record. Meanwhile there are so many American citizens who don't pay taxes and have no work history! Making the process of becoming a citizen easier and quicker (as long as legally record pay and work history and have no criminal acitivity) absolutley benefits the United States. I completely understand that when illegals accept jobs that pay less it hurts us. But American citizens that don't file taxes are illegals too.

I support immigration reform. What I've read is very fair and moderate actually. The reform wants to increase border control along Mexico just like all parties (Republican and Democratic) support.