Do You Charge More When Working on New Year's Eve? 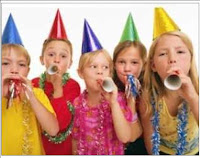 What Nannies Should Charge on New Year’s Eve

A nanny can charge more when her services are likely to be in higher demand, such as on holidays. We recommend you charge more than your usual rate if asked to work on New Year’s Eve.


First, check your work agreement to see if New Year’s Eve is considered a paid vacation day. If you are supposed to have New Year’s Eve off then you should definitely ask for time and a half overtime pay or double your standard rate, since it is a holiday.

If you would like to work New Year’s Eve determine the rate you would feel comfortable making. Asking for a higher rate when you haven’t previously is easier said than done. So, prepare yourself ahead of time.

Ask yourself if you would you like an hourly rate (such as $30 per hour) or would you prefer a flat rate (such as $200 for the night)? The proper response would be, “Yes, I’d love to work for you on New Year’s Eve. I typically charge $30 per hour when asked to work on holidays like New Year’s Eve.” Or, “Since you aren’t sure when the party will end I would be happy to accept $200 for the entire evening.”

According to the The New York Times a decade ago, babysitters were earning up to $100 an hour, some $250 for five hours, with a 13-year old charging $135 per child. If sitters could earn that much ten years ago, nannies can certainly ask for more than the usual rate when working on New Year's Eve in 2009.

If you plan to charge double your typical rate, or a high flat rate, you ought to work hard and be prepared to keep the kids busy. Have fun with the kids by planning activities, crafts, games, and recipes for them to enjoy. By embracing the evening and making it fun for the children the parents will be thrilled to have hired you, even at a higher rate.

Do you charge more per hour for babysitting on New Year's Eve? How much do you charge?
Posted by Best Nanny Newsletter at 5:25 AM

I will charge more than usual, but i don't think many families here would pay $30/hr or something like that, so I'll go with $15-25, depending on number of children and duties required.